For orders or info: controlvschaos@hotmail.com

David Steven Gilden was an artist from Houston, Texas, active in the local underground since the late 80´s, recording under varied aliases. Besides his violent and vile sounds, he was also known for his wild live shows and excessive drug abuse, all of which contributed to the legendary aura around him, until he sadly died on April 6th, 2008.

The tracks on this 3xCS set are taken from 4 masters that were sent to New Noise Records back in 1997, which were shelved and never used until now. One master was labelled ‘Narcotic’, the others simply had ‘Various Noise Works’ written on them, as an indication of what to expect. These labels were all David left us to hold onto in an otherwise anonymous and chaotic heap of top-quality harsh noise. In collaboration with New Noise, 19 untitled tracks were edited into this release, hopefully serving as a testimony of the greatness and authenticity of Gilden´s craft, for both old and new listeners.

Limited edition of 100 copies in association with Narcolepsia. 3 cassettes in a special case and 4 panel J-card. Comes with fold-out poster and slipcase. 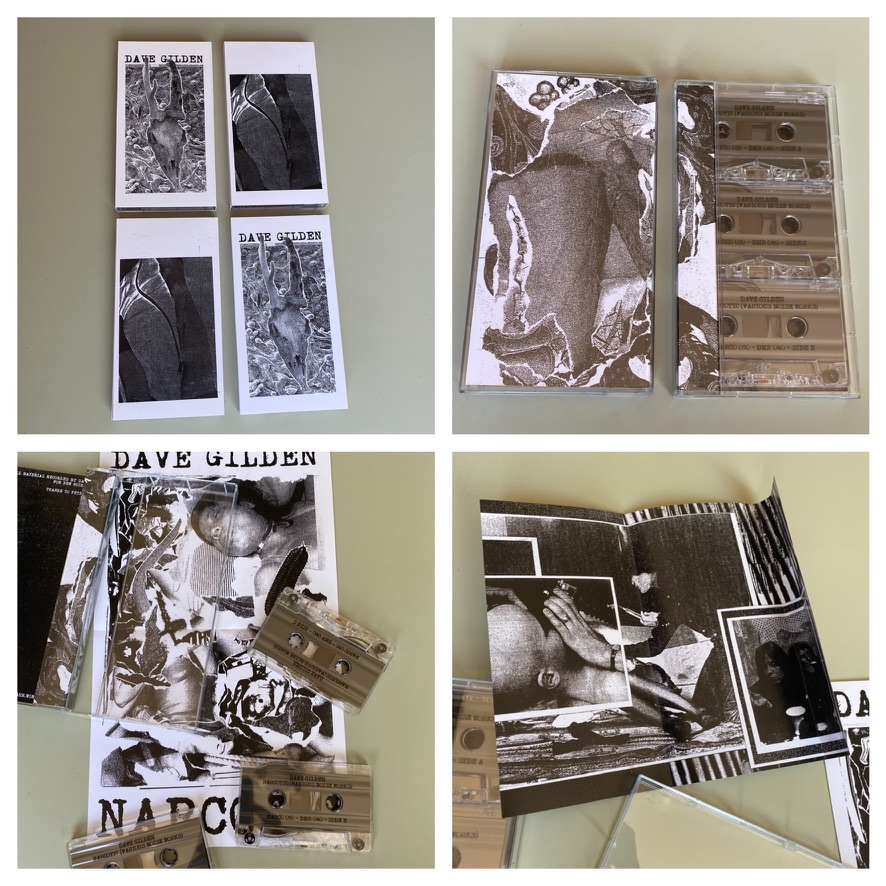 Jeph Jerman started recording and performing in 1986 under the moniker Hands To. Most of his early soundwork was sampler and tape loop based, though slowly evolved from electro-acoustic pieces to environmental recordings with very little to no manipulation or electronic processing using only natural found objects like stones, shells, bones, driftwood, pinecones, etc.

The Hands To - Cipher 7” from 95 was an inspirational release for me personally and I always considered Jerman as a key figure in the grey zone between academic sound art and primitive noise. After seeing Jeph perform live a couple of years ago I was impressed by the sound spectrum he created with just a few humble materials and it reinforced my enthusiasm for his work which eventually led to this publication.

Limited edition of 50 copies. Double cassette housed in a handmade silk-screened wooden box. Comes with a booklet with information and photographs, a bag with 4 small stones and a hand numbered print.

Born in Montréal, Marie Goyette studied the piano in Montréal and London. After residing in Europe, she moved to Berlin in 1989. Inspired by the city's lively and unorthodox art scene, she started a second career and expand her activities from traditional concerts to the fields of performance and radio art. In the early 90’s Jan van Toorn saw her perform with Michael Waisvisz at Apollohuis (Eindhoven, The Netherlands) and asked her for a publication on his label, Slowscan Records. Then the master tape got lost in his archive and was rediscovered 30 years later. It turned out it was the only surviving source with these electronic pieces capturing a short experimental rush from 1989-1991.

Later Goyette spent several months at STEIM in Amsterdam and produced radio plays such as 'Transatlantique' (1993), worked on theatre projects and directed her own works. She collaborated with various artists like Christian Boltanski, Dagmar Krause, Chris Cutler and Heiner Goebbels. She’s happy we found her message in a bottle and I’m more than happy she agreed to have this tape published after all, as a document of an artist trying to redefine her voice in a restless city.

Limited edition of 50 copies. Comes in a silkscreened box with a booklet and a plastic bag containing 3 pieces of broken glass, a piece of wire and a signed card.

“I’m Hiroshi and I like beer” were the first words Hiroshi Hashimoto spoke to me when I picked him up from an airport in 2006. For the next 2 weeks we travelled together in old car I borrowed from my parents. Just like his records it became an interesting and rewarding journey with unpredictable twists and turns.

Hiroshi has been active as the sole/primary member of Contagious Orgasm since 1987 and rapidly became a truly dedicated and unstoppable force within the underground, covering a broad spectrum of experimental electronics including noise, industrial and ambient. For this release he delivers 2 long, dark, industrial tracks creating a feverish dream sequence.

Limited edition of 50 copies. Comes in a handmade velvet bag holding the cassette, an envelope with 4 prints and a pair of white, black or pink lace panties (one size fits all). 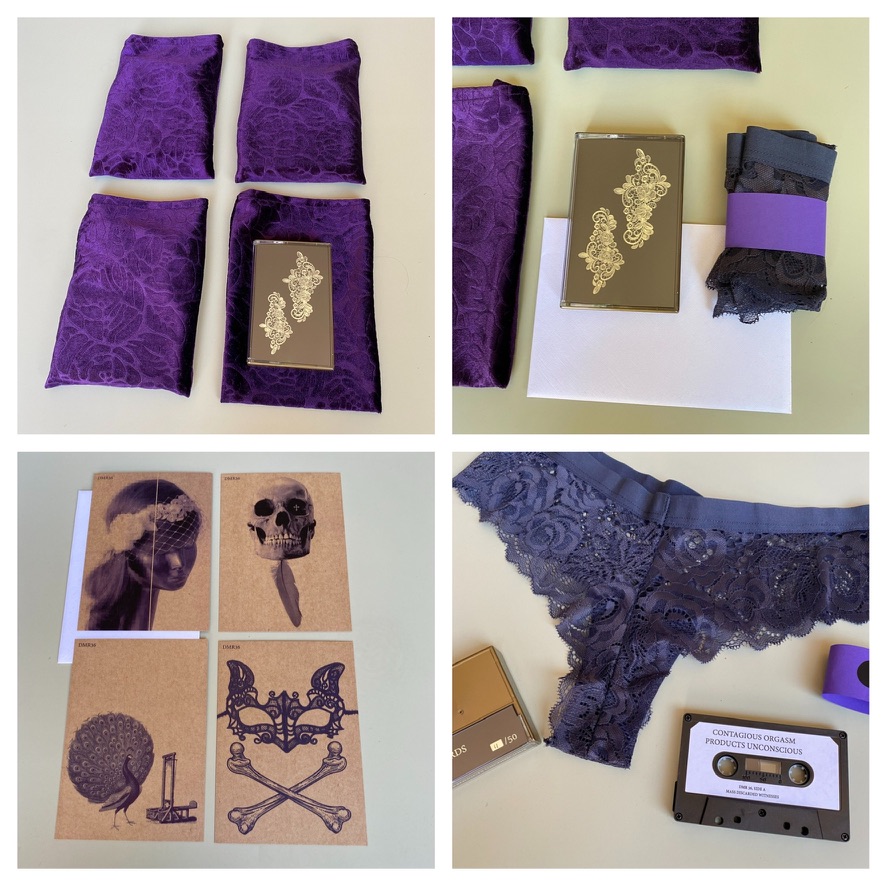